Skip to Content
Home / Just for fun / Taking back Halloween: embracing the trick or treat 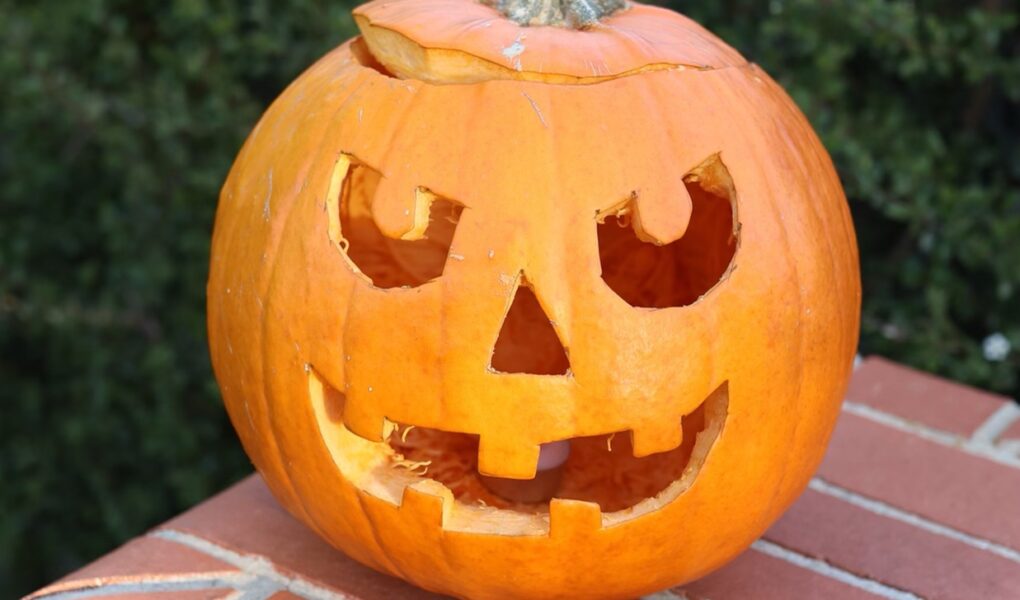 I get that a lot of people in Australia are a bit anti-Halloween – you know, that crass American overly-commercialised festival trying to impose itself on our laidback way of life and inject a tonne of unnecessary sugar and extra plastic. I used to be one of those people, decrying such foreign cultural institutions like Halloween, obligatory gratuities and Starbucks, but I have to admit I’ve come around on Halloween. It took till having grandkids to do so.

Firstly, we need to establish that of course Halloween is not something that America dreamed up. The festival is steeped in Celtic traditions hundreds of years old and harks back to a pagan festival called Samhain in Ireland and Scotland. It occurred at the end of autumn at the change of seasons. It was thought that on 31 October the line between this world and the next was at its thinnest and hence easier to cross. This allowed spirits, good and bad, to escape their boundaries and wander about, but it was thought if you dressed up as an evil spirit yourself, you could evade the attention of the nasties. Voila, scary dress-ups!

Of course it’s completely illogical in the southern hemisphere as the end of October marks the coming of hotter weather, not an imminent winter – but that’s fine details, especially when you’re a kid. And in my reckoning, any evil spirits are likely to be quite opportunistic and prepared to adjust for the hemisphere shift in this modern world of globalisation.

I totally understand that some people – kids or parents – can’t cope with the sugar overloads and subsequent highs and lows that might come with an evening of treat gathering, and it is pretty difficult to get a neighbourhood to come on board with sugar-free treats. But if you can negotiate that blip, it can be an awful lot of fun.

The kids have a hoot trying on and getting dressed up in all sorts of costumes and letting their imaginations run wild, making things and letting the excitement build. And it was great for them to be able to be out and about after being cooped up for the last couple of months.

As it turns out, some of the big people really get into the spirit of things as well. I’m looking at you, Mr T. Inspired by a couple of suitably scary dementors floating menacingly in the trees a few streets away from us, hubs decided he’d make his own. I blame it on his love of all things Harry Potter. And perhaps love of a challenge.

But a couple of dementors wavering in our front garden wasn’t enough. No, then he had to make a guillotine, which children would have to navigate if they wanted a treat. Who’s the evil spirit at work here, you may ponder? The device turned out to be quite effective at cutting (I tried it out on a pear) so I insisted he put a bit of tape on the bottom, just to avoid any potential neighbourhood lawsuits or loss of limbs. Oh don’t panic. Of course it was perfectly safe but it did cause quite a few kids to scream and drop their lollies.

And just a note: no items were purchased in the making of the dementors or guillotine or in fact for any of the dress-ups. That’s part of the challenge, so it’s pretty fortunate we have somewhat of a ‘magic house’ which contains no shortage of treasures kept for ‘just in case’ for such occasions and boxes of dress-ups. Some might call it hoarding but it comes in rather handy from time to time. I wrote about it here. And I have to say our dress up collection contains some fabulous items collected over the decades: Flintstones outfits, a pith helmet picked up on travels decades ago, boas on tap, even the chiffon negligee my mother wore on her honeymoon which now serves as a princess gown.

Here’s what we produced from the boxes for this occasion:

Here’s a great way of having a successful Halloween in your area. We weren’t sure how many people would be on board – a lot of people just aren’t into it and you don’t want to be knocking on the doors of those people and irritating them. So  my daughter did up some friendly signs and a note which invited people to be involved if they liked by putting out the sign on the night, which we distributed to a small area. We were a bit anxious the day before because we did a quick drive around and could only see one sign out, but on the night, those little paper signs popped up all over the place – along with a whole lot of skeletons, cobwebs and pumpkins and all sorts of spooky paraphernalia. It worked!

Turns out, the people who got involved were super friendly. One couple even had a sheet of prepared scary jokes, of the Christmas cracker ilk but about witches and ghosts and subjected visitors to them before they got to take a treat. There were hanging ghosts, small graves and carved pumpkins and one house had a clothes line strung up with paper bags of treats ready for the taking.

It all happens surprisingly early so be prepared. We started getting door knocks around 5.30pm and it was all pretty wrapped up by 7pm, and it hadn’t even got dark! Takes away a bit of the atmosphere but that’s the timetable that works well for little kids.

The kids had a blast and I think the parents did too, and we met some of the neighbours. In good news, I sent the children home as the youngest started to melt down from the excitement – and I didn’t have to deal with the sugar highs.

I think we may have started a tradition in our house now. Mr T is already dreaming up new inventions and ways to scare the children next year. He just can’t buy anything to make it. I seem to be over my aversion to a foreign celebrations, but you’re still not going to catch me going to Starbucks.

Did you get involved? 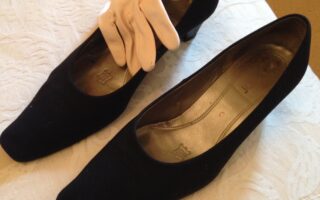